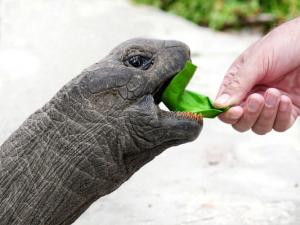 Humans appear to have been feeding other animals for almost as long as we have been human.  These practices are traceable in the archeological record and continue into historical time, having significant impacts on humans, animals and the environment throughout. These impacts are most clearly seen and felt through domestication, a process which is inextricably linked to human feeding of animals and which has profoundly changed the animals, humans and environments involved, in some cases almost beyond recognition.

This project investigates the drivers and consequences of animal feeding, including these impacts (such as changes in diet, transmission of disease, alterations in social groupings, habits and governance) including the extent to which domestication is not merely continuing but accelerating, associated with the far-reaching consequences of the Anthropocene.

The project will seek to establish the drivers and consequences of this feeding by focussing on three main areas:

The research takes a long view, tracing these processes in Britain from ancient to modern times. In addition, the project has adopted an ‘engaged research’ approach so that stakeholders participate at all stages of the process to co-create the research questions and outcomes.

The project is inter-disciplinary (involving anthropologists, geochemists, sociologists and zooarchaeologists) and trans-institutional, with team members at the National Museums Scotland and the universities of Exeter, Roehampton and Reading. Transdisciplinary, engaged research of this kind can advance and enhance human, animal, and environment health (One Health) and this project very much seeks to make a positive contribution in this area.